Underware’s Zeitung — now available for testing in Axis-Praxis — really is something special. First, it’s a beautiful sans-serif family* in that gap between the geometrics and the humanists where Metro previously reigned supreme. Second, and the reason it’s on the Axis-Praxis blog, is that it’s got two variable axes — weight and optical size. Third, since support for variable fonts is (as Underware says) “to put it mildly, limited”, Underware have built an Adobe CC extension that allows you to use Zeitung’s full variability within InDesign and Illustrator by turning dials on a control panel, with live adjustments in the text. We don’t yet know what user interfaces for variable fonts will emerge, but Underware’s proposal feels good. 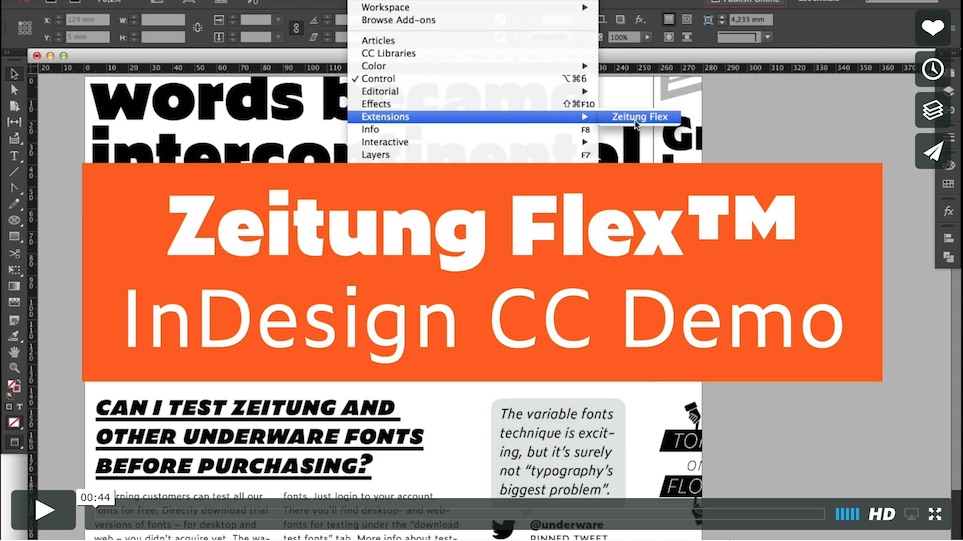 Watch the video, then scroll to the bottom of the Underware home page in WebKit Nightly or Safari Technology Preview to adjust the dials of Zeitung Flex yourself.

Many thanks to Underware for allowing Zeitung to be used within Axis-Praxis.

* Funny, the word “family” is starting to sound a little dated.